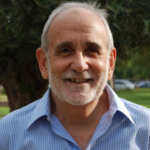 George Thomas
George Thomas is acknowledged as an innovative leader in the field of signal transduction and growth control based on his seminal studies on the discovery and regulation of the 40S ribosomal protein S6 kinase (S6K1), and more recently the role of ribosome biogenesis in cell cycle progression. His studies provided novel insights into cancer, obesity and diabetes, suggesting that these pathologies are intimately linked through the mammalian target of rapamycin (mTOR)/ S6K1 signaling.
These studies began at the Friedrich Miescher Institute, Basel, Switzerland, where he led the Department of Growth Control until 2004, at that time he was recruited to the University of Cincinnati, where held the John and Gladys Strauss Endowed Chair in Cancer Research until 2011. At the end of 2011, he was asked to set up a laboratory at the IDIBELL/ICO, where since then, he has identified a novel Ribosome Biogenesis Checkpoint and works to better understand the regulation of this pathway to develop novel cancer treatments and new biomarkers to stratify cancer patients.